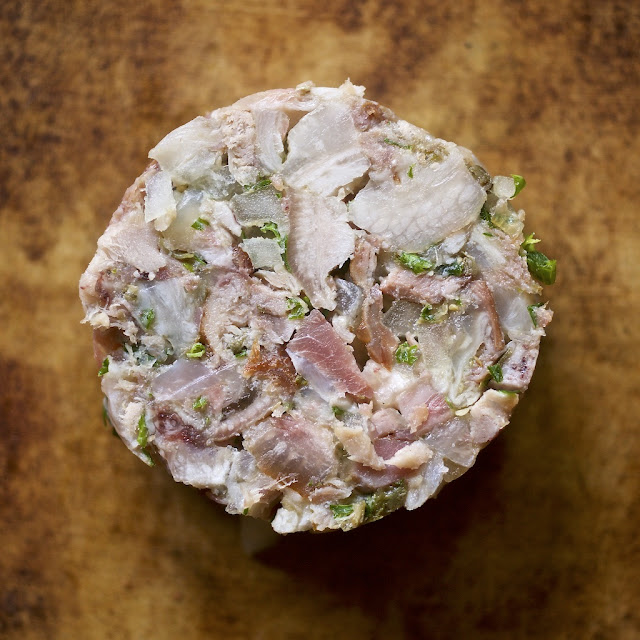 A year or so ago,   I was introduced to an amazing cookbook called Rustica: A Return to Spanish Home Cooking by Frank Camorra and Richard Cornish.  (Photographs by Alan Benson.)

There were a ton of great recipes,  but this one croquette recipe caught my eye and stuck with me.   I knew it was going to be a bigger cooking project than i had embarked on in years,  and it took a while to get my courage up.    But holy cow,  it was worth it.

I "mostly followed the recipe, but took a few liberties.  Here's my play by play....

Put this stuff in a pot and boil it for about 3 hours. 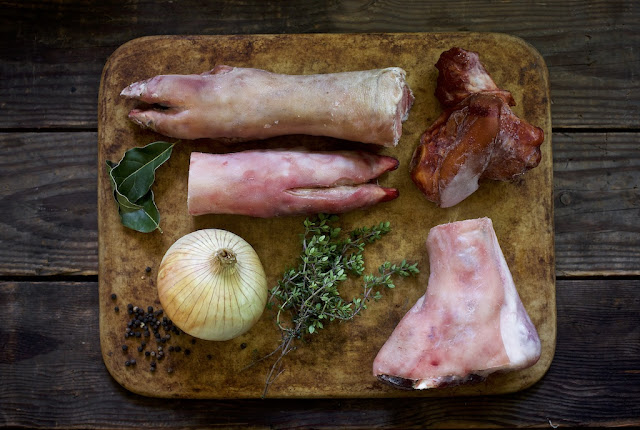 Pick all the meat and soft fat from the hock and the trotters (a giant sticky fingered ordeal.) 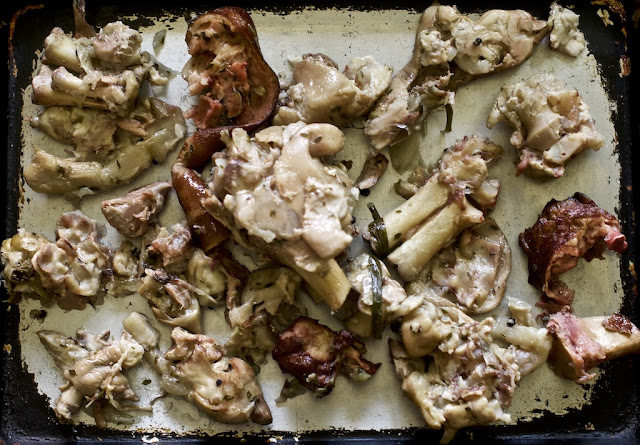 Finely chop all the meat and mix in chopped white onion, capers, parsley and a little of the cooking liquid. 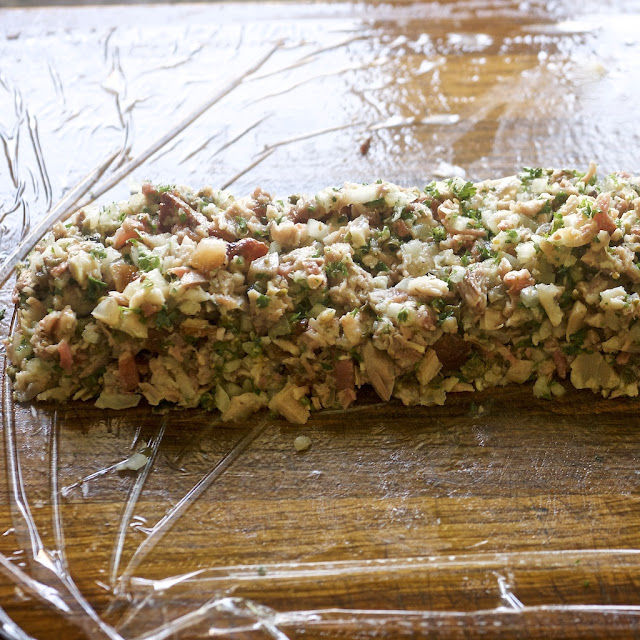 Roll the mix into a tight tube with Saran Wrap and put int he fridge overnight. 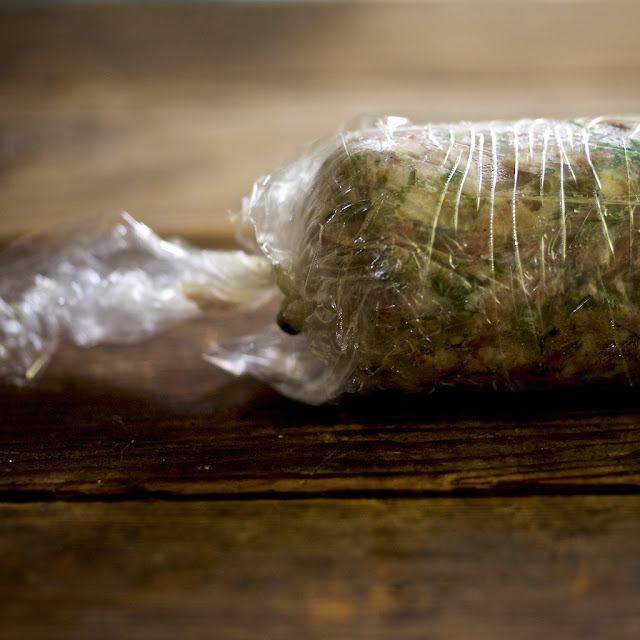 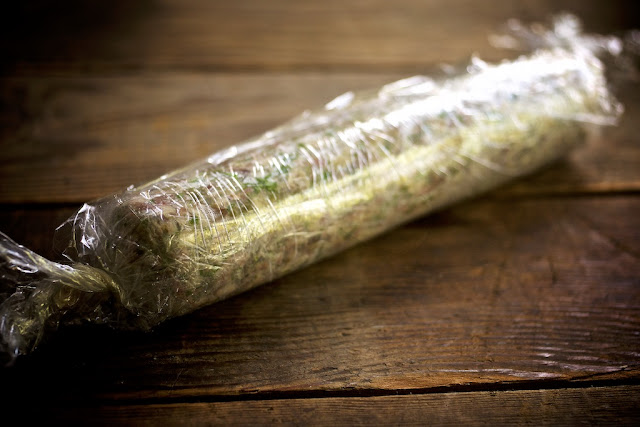 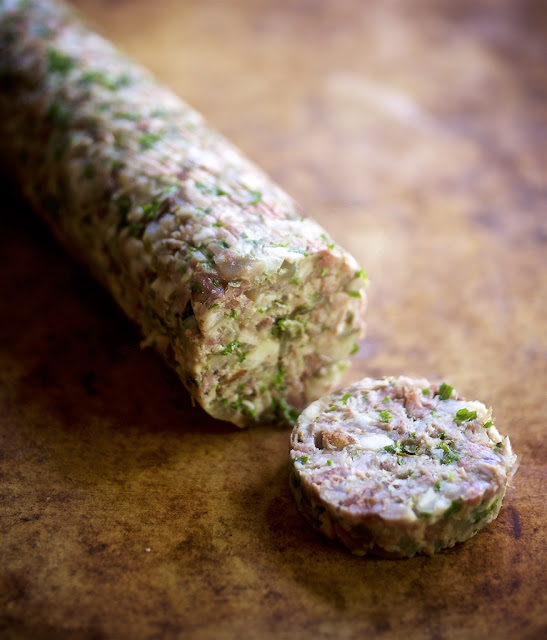 Serve with a classic garlic aioli,  chimichurri sauce and a 7 minute egg laid just that day by LaToya.

Pour yourself a glass of ice cold Aquivit.  Bon Appetit. 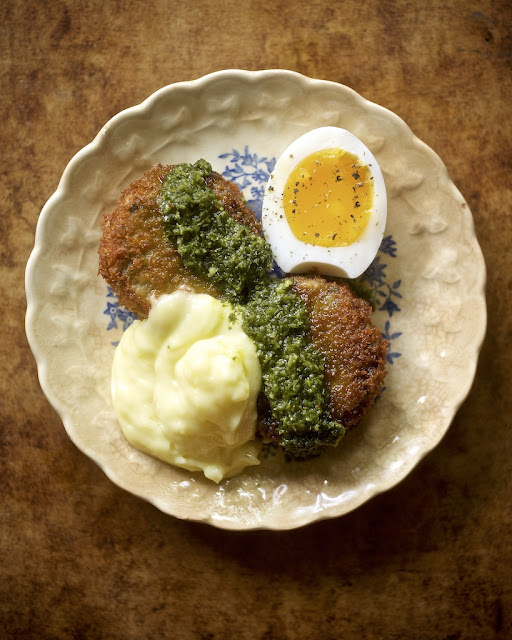